The Organisation for Economic Co-operation and Development (OECD) estimates nuclear power output will need to double by mid-century to meet 2050 Net-Zero Emission goals. Canada is one of over 120 countries who have committed to these goals.

Net-zero emissions means the economy either emits no greenhouse gas emissions or else create offsets to emissions that capture carbon before it is released into the air.

What makes nuclear energy critical to achieving net zero in Canada is that it doesn’t create any carbon emissions. In fact, used in combination with solar and wind, nuclear energy already helps avoid about 2.2 billion tonnes of CO2 emissions annually – the equivalent of taking half the world’s passenger vehicles off the road.

Today, about 15% of Canada's electricity comes from nuclear power, most of which comes from the 19 existing reactors in Ontario. In 2016, nuclear energy accounted for 58.3% of Ontario’s own energy use. But much more needs to be done to achieve the net zero goals that will make a lasting impact on the globe.

It all starts with the Small Modular Reactor (SMR) technology of the BWRX-300, the next evolution in nuclear energy.

Nuclear power plants use uranium fuel to produce electricity through fission-the splitting of uranium atoms in a nuclear reactor.

Reduces scale and complexity of the Boiling Water Reactor resulting in an SMR that is smarter, faster and less costly to both build and operate. 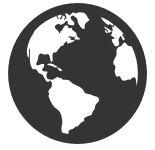 2.4 km2/TWh
in the most land-efficient means of electricity production 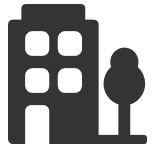 60,000
Canadian jobs supported directly and indirectly through the nuclear industry

2.3 B
estimated amount of GDP generation

Looking for answers to your questions?
FAQs >

Dig deeper into the benefits of nuclear
Resources >