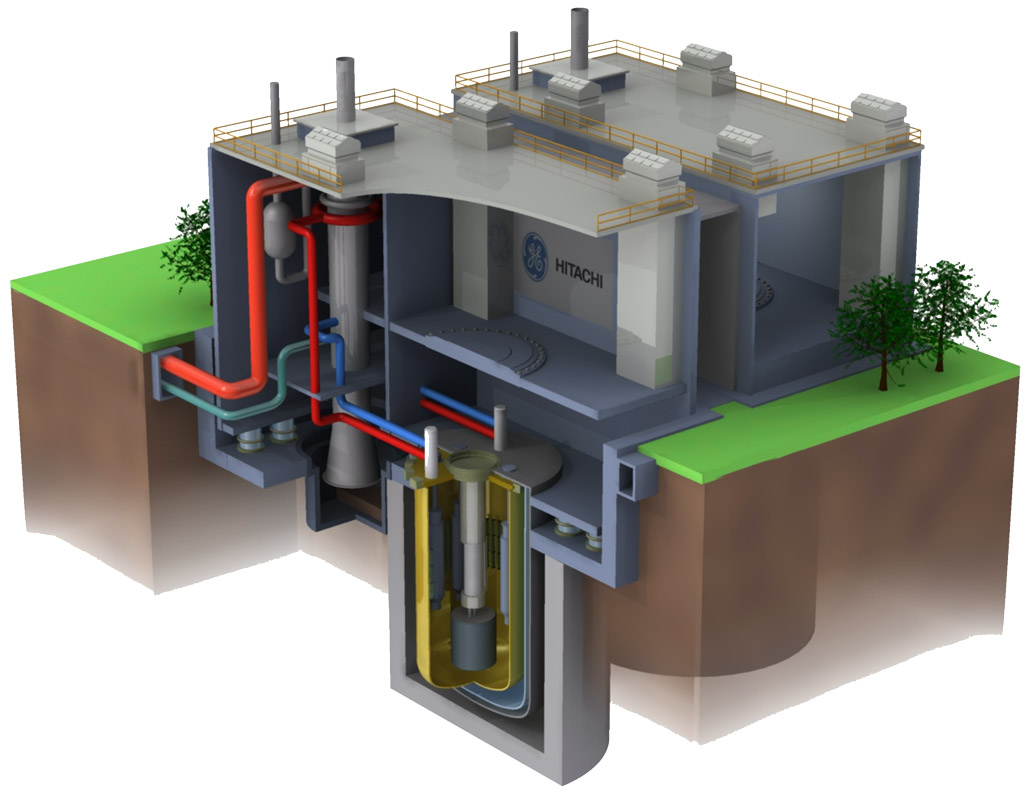 PRISM can produce up to 100 times more power per unit of fuel compared to conventional light water reactors.

PRISM can recycle used nuclear fuel, generating electricity while reducing radiotoxicity from hundreds of thousands of years to hundreds of years, thereby reducing the footprint/cost of the geological repository. 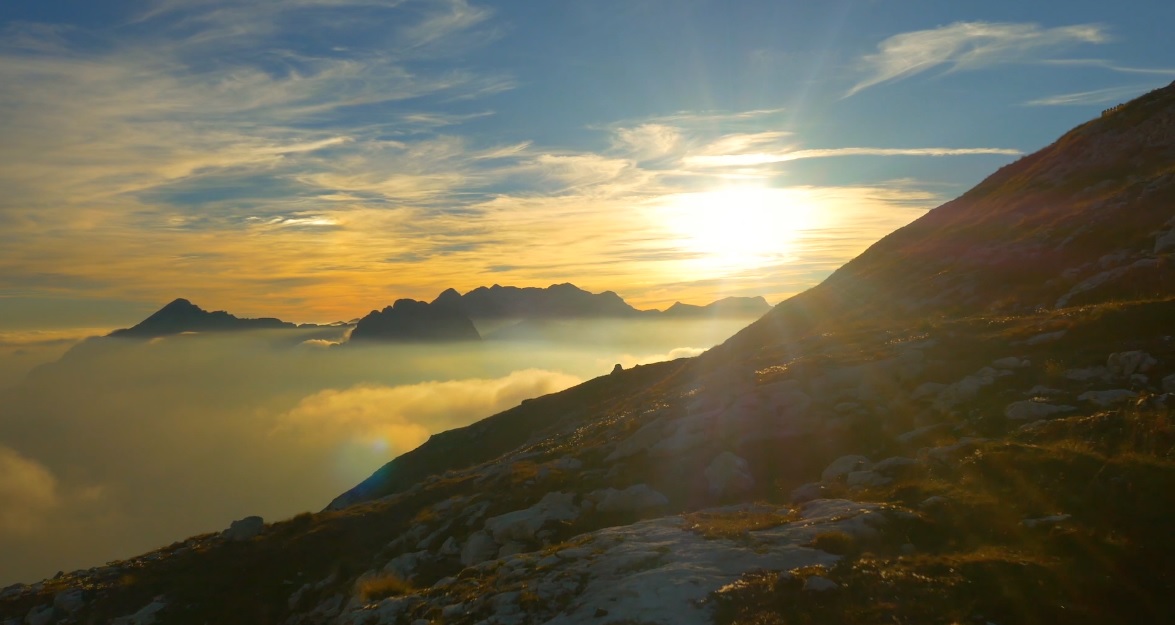 PRISM is a high energy neutron (fast) reactor which uses a series of proven, safe and mature technologies to create an innovative solution to dispose of used nuclear fuel and surplus plutonium.

GE and Hitachi have a legacy of building nuclear plants safely for more than 60 years. Our record of innovation generating clean energy by using proven technologies has been unsurpassed. R&D has always been at the heart of our nuclear business and something that we are carrying forward into the future.

From GE’s founding innovation, Thomas Edison’s light bulb, to developing the first civil nuclear power plant connected to a commercial power grid in 1957; everything that we have learned from 130 years of experience has helped GEH to create PRISM. We believe that innovation often comes by taking existing technologies to create something new. And that is exactly what GEH has done to create PRISM, building on the EBR-II reactor, which operated successfully for 30 years.

The PRISM reactor builds on this sodium-cooled reactor experience first pioneered in 1951 to turn the binding energy of the atom into electrical energy. PRISM incorporates a number of innovative features which make it the ideal vehicle for addressing used nuclear fuel and dispositioning plutonium. In addition, PRISM’s simplified design allows factory fabrication with modular construction and ultimately lower costs… all while generating clean electricity. 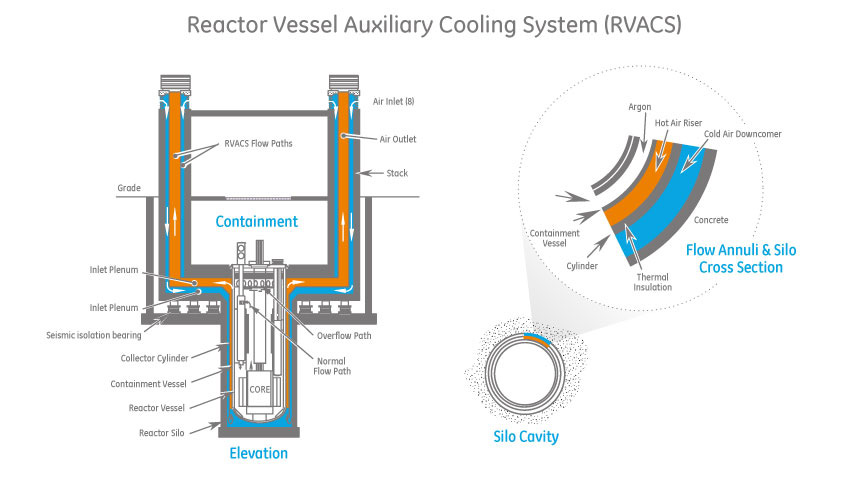 Unlike the current generation of light-water nuclear reactors, PRISM uses metallic fuel, such as an alloy of zirconium, uranium, and plutonium, and PRISM’s fuel rods sit in a bath of a liquid metal – sodium – at atmospheric pressure, which ensures that the transfer of heat from the metal fuel to the liquid sodium coolant is extremely efficient.

The PRISM Reactor Vessel Auxiliary Cooling System (RVACS) has the capability to maintain reactor temperatures well below design limits using natural circulation to remove heat from the reactor module. Unlike most other reactors, air flowing naturally around the lower containment vessel is all that is needed to keep the reactor fuel cool at all times. The system is always operating and removing heat from the reactor module, thereby providing positive indication this system is working.

In the event of a worst-case-scenario accident, the metallic core expands as the temperature rises, and its density decreases slowing the fission reaction. The reactor simply shuts itself down. PRISM’s very conductive metal fuel and metal coolant then readily dissipates excess heat through RVACS without damaging any of its components. This is what is described as “passive safety” a design feature that relies upon the laws of physics, instead of human, electronic or mechanical intervention, to mitigate the risk of an accident.

The PRISM reactor, as part of the Advanced Recycling Center, would recycle all the uranium and transuranics (elements heavier that uranium) contained within used nuclear fuel. This is a substantial improvement over previous reprocessing methods.

About 95 percent of the available energy remains in used fuel removed from light water reactors. This energy becomes accessible in a different kind of reactor, PRISM.

GEH believes that modern recycling technologies should be used to address used nuclear fuel. This would generate at least a hundred times more electricity from used nuclear fuel and decrease the long-term radiotoxicity of the remaining wastes.

The potential also exists to initially deploy PRISM to address UK civil plutonium stockpiles with a future option to later expand the facility to provide complete recycling of the resulting used PRISM fuel.

We can continue down the same path for used nuclear fuel that we have been on for the last 50 years, or we can develop an approach that brings the benefits of nuclear energy to the world while also reducing proliferation concerns and nuclear waste.

GEH believes that recycling is a good approach in general, and is invested in solving the issue of used nuclear fuel by recycling it in a proliferation-resistant manner, rather than securely storing a resource with more than 95 percent of its fuel unused.

In GEH’s view, what is generally considered to be “nuclear waste” these days is not really waste at all. Light Water Reactor (LWR) used nuclear fuel is composed of 95 percent uranium, 1 percent transuranics, and 4 percent fission products. Many of these transuranic isotopes have long half-lives, which can create long-term engineering challenges for geologic disposal. By using electro-metallurgical separations, PRISM is designed to perform the recycling of the 96 percent of the fissionable material (uranium and transuranics) remaining in used nuclear fuel.

PRISM fuel is metallic, which allows the use of a simple electrometallurgical process to recover all the long-lived waste products that make spent fuel so problematic to dispose of.